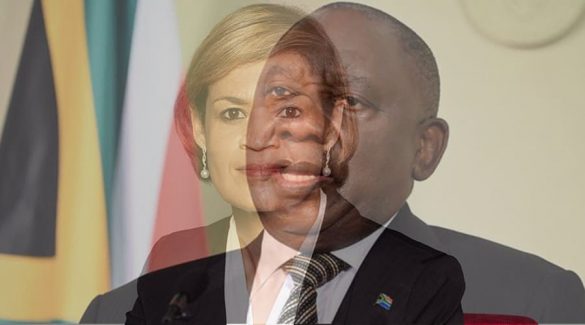 Samuel Mungadze, a senior news editor of itweb.co.za has reported that last week, Ramaphosa signed the proclamation that orders a probe into EOH’s IT contracts. The SIU stated yesterday that it had been given authority to probe four IT contracts awarded to EOH and its subsidiaries.

The R474 million contracts will be investigated, according to the SIU, as the state looks to recoup any financial losses.

“The examination will focus on transactions that occurred between January 1, 2012, and July 30, 2021, the proclamation’s publication date. “Transactions that occurred before January 2012 or after July 30, 2012, but are relevant to, associated with, or related to the same persons, businesses, or contracts under investigation will be included in the SIU inquiry,” the SIU stated.

The state’s latest investigation follows intensified attempts by the Stephen van Coller-led management to rehabilitate the corporation, which had been tied to misconduct for years.

Mr. Mungadze has written that Fatima Newman, EOH Group chief risk officer, responded to the SIU’s announcement by saying the investigation is on wrongdoing involving former EOH employees, which EOH brought to the SIU’s attention.

In his report, he explained further that “It was necessary for the SIU to be mandated to investigate the contracts in order for EOH to reimburse the DWS (through the SIU) for such malfeasance. This resulted in the issuance of a Presidential Proclamation, which has now been made public. “Not only has EOH worked closely with the SIU to resolve this situation, but it has also sought to pay the department for wrongdoing by former workers revealed through the EOH forensic investigation,” Newman said.

“EOH has transparently and aggressively disclosed misconduct to the authorities since the ENSafrica forensics investigation began in February 2019.” Furthermore, on May 31, 2019, EOH notified the wrongdoing to National Treasury and requested to compensate the state for found irregularities relating to the Department of Defense (DOD) and DWS contract before engaging in settlement negotiations with the SIU.”

According to Newman, EOH entered into an acknowledgment of debt with the SIU about the DOD contract at the end of September 2020.

“EOH began monthly payments in terms of the admission of debt on October 5, 2020,” she explained. On December 2, 2020, at the EOH 2020 year-end results conference, the terms of the compensation to the DOD were revealed. Furthermore, when EOH presented its intermediate results on April 14, 2021, the same disclosure was reiterated. EOH is working with the SIU to obtain a similar arrangement on the DWS contracts.

“In this context, negotiations with the SIU on the DWS contracts are progressing, and it is expected that an agreement on DWS remuneration will be reached soon.”

Furthermore, according to Newman, the new EOH leadership is committed to conducting business ethically and acting as a good corporate citizen.

On Monday, the technology company told shareholders that it is now focusing on quality earnings as it attempts to repair EOH’s tarnished reputation.

In recent months, EOH has been putting out fires as the magnitude of the flames that devoured the organization under its prior administration became known.

As a result, the State Information Technology Agency took a tough position against the company, threatening to put it on the blacklist.

Legislation is Essential for Protection and Confidentiality of...

South Sudan’s Special Court for Cybercrime in the...

Only 10 Kenyan Online Lenders Have Licenses...

Legislation is Essential for Protection and Confidentiality...