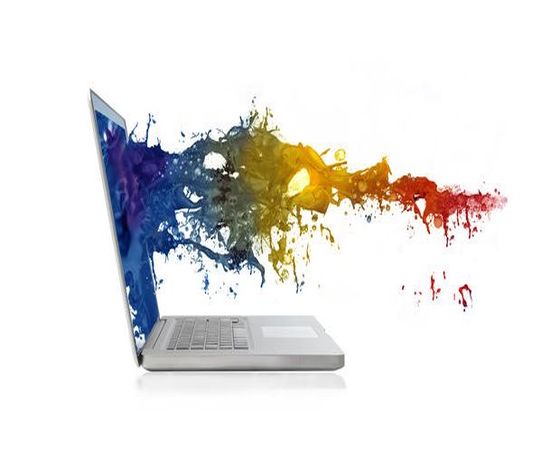 n Africa today, there is a renewed emergence, appreciation and exploration of the less conspicuous side of the digital boom – the impact of technology on African art and culture.

In fact, largely unknown to the West, Africa has long been actively experimenting with digital technologies in culture. And in a little over 10 years, advances in IT and the exploration of African art have brought about “Cultures of Technology” according to Dr. Tegan Bristow, a Senior Lecturer at the Digital Arts Division at the University of the Witwatersrand in South Africa.

Bristow, who is also an independent developer, maker, curator and Director of the Fak’ugesi African Digital Innovation Festival, is one of the strongest advocators of digital art.

“I started using the term ‘Cultures of Technology’ in my research when I began to see the really big difference between how digital technologies were being implemented and thought about in different African countries,” Bristow tells IDG Connect.

Most Africans do not have the framework to understand new media and technology in the African context. Most of what is found in mainstream resources such as textbooks is largely Euro-American. It is as a result of this that professionals are championing a way towards explaining these technologies in a language that has a local appeal.

Bristow started out studying painting but kept being drawn to understand how computing and culture were intersecting. There are two major works in her career that have gained a lot of attention locally and internationally.

“The first was a computer vision piece called ‘Chalk Vision’ that turned basic motion analysis into a chalk-like drawing,” she says. “The second ‘Hotel Yeoville’, was a long term project that I worked on with a photographer Terry Kurgan. This was a nearly three-year engagement that worked with the migrant, immigrant and refugee community in Yeoville, Johannesburg. The project used different digital means to get the community to document itself and tell its own stories.”

What does the rise of digital African art mean?

There are also a host of other African artists emerging in the space. Nkiruka Oparah is a digital collage professional and a first generation Nigerian woman of colour who has worked in both the fashion and medical fields. She considers some of her experiences in these fields as having been consistently “in spaces that seem both inaccessible and alienating” but within the context of art, “I feel oddly more liberated”.

She tells us: “While examining relationships digitally, I can quickly make use of them to express more abstract thoughts and questions.”

For Oparah, the digital technology scene provides limitless potential. Working across several technological mediums, she considers her practice as trans-disciplinary:

“My work has also been realised as video, gif animations, installations and sound portraits. The most significant works have come out of my ongoing series, ‘love, unrequited:’, which has allowed me to express my ideas through the exploration of both two- and three-dimensional uses of self-portraiture, as well as through sound and installation.  These have helped me to both expand on and experiment with ideas of self-portraiture within my practice, and allowed me to join the larger conversation happening about Africa within the art scene.”

Yet other professionals in the digital art scene are cautious of treating Africa as if the continent is a stranger to technology. Dr. Nomusa Makhubu of Michaelis School of Fine Art, University of Cape Town specialises in photographic processes. She has been in the profession since her undergraduate degree 10 years ago.

“I remain fascinated by how Africans can modify technology to confront pressing socio-economic and political circumstances,” she says.

But is this preoccupation with art and new technologies the answer to the continent’s myriad problems?

Can Africa enhance quality of life through artistic expression?

“I don’t believe everyone should be in the art scene just for being in the art scene, nor do I think that digital technology is the answer to everything. I also think it’s good to recognise that Africans, anywhere in the world, have varying desires, resources, aspirations and pursuits – whether these are actualised through digital technology or not. My own concern has been for quality of life, no matter how it is realised,” Makhubu cautions.

Echoing the same sentiments in a different way, Bristow sees a different but positive angle to involvement of the African masses in the profession. The digital art scene can be used to provide a cultural identity and ownership.

“Until Africans can make digital their own in both a cultural and technical sense, there will never fully be African ownership within the digital and technological realms”, Bristow says “and the more African culture and African cultural practices are explored through the digital, the more likely Africans are of taking ownership of digital spaces and making them their own. And I don’t just mean from a visual or poetic perspective, I mean that the systems themselves must be challenged.”

In a continent that has more than 200 documented languages, the linguistic puzzle is worth exploring. English has been the dominant language used in digital and professional circles. Is Africa responding to this by way of artistic expressions?

“Yes absolutely,” Bristow says. “And also to the general globalised westernisation of systems of communication and being.” But Makhubu is less sure, “I wouldn’t say a direct response, no”.

The two professionals both have a point though because, Africa largely uses English and French in educational and formal settings and literacy levels on the continent are skyrocketing so the majority of Africans are comfortable with these languages. However, there are still some sections of society that consider English as “Greek” and would rather enjoy more artistic expressions in a stylised digital manner.

What does this mean for African culture?

Oparah, and all other professionals I spoke to, agree that the digital arena is important for African culture. Digital technologies present ways to archive and enhance the sharing of our narratives and stories, provide more access to knowledge, resources and information-sharing, as well as providing platforms for community and spiritual practices. All these tools help to both preserve African culture whilst evolving our collective selfhood and identities. If we make optimal use of advancing technologies and systems, we can also find better means of communication both digitally and physically along with merging both those realities.

She adds, an African culture of technologies brought about by renewed emergence, appreciation and exploration of the less conspicuous side of the digital boom has provided the continent with an opportunity to contextualise digital technologies for artistic and cultural expressions. It has also provided us with a unique source of identity that can continue to be harnessed to collective good.

Bristow, who has just finished running the third iteration of the Fak’ugesi African Digital Innovation Festival in Johannesburg, hopes “to see it being an avenue for young people to start influx of their own narratives, a location at which they can shift the consciousness of the world to one that is not dominantly Western. I also hope that the big brands stop being so domineering of creativity in the sector and actually let these talented digital natives bring their own stories to the fore.”

For Makhubu, the continent has gone too deep into this and “I hope it slows down. I wonder if it inhibits us from appreciating all that is wonderful about life.”

Looking into the future Oparah, who directly represents herself and her work, is quite fascinated. “It is going to be incredible to see what the next five to 10 years with digital technologies and increasing connectivity will bring. I am particularly interested in how these re-conceptions are embodied in African bodies and how our manifestations of self will unify in the digital realm.”

Hiring the Right Cyber Threat Intelligence Analyst for Your Org