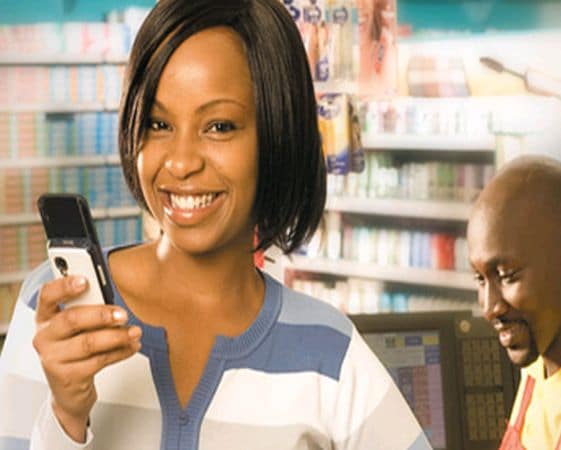 Safaricom has announced that it plans to increase usage of Lipa Na M-PESA by 30% throughout the financial year, as it steps up its plans to grow cashless transaction space.

The plan will be executed through targeted incentive-based campaigns as well as by recruiting new merchants- among them supermarkets and petrol stations, with a view to entrenching Lipa Na M-PESA as the preferred mode for making payments across the country.

“Statistics released last week by the Central Bank of Kenya showed that between January and June this year, transactions valued at an average of Sh7.29 billion were done through mobile phones daily- which is  a 17.77 per cent increase compared to last year’s daily average of Sh6.19 billion,” said Rita Okuthe, General Manager- Safaricom Business.

Speaking at the launch of a consumer promotion for customers who pay using Lipa Na M-PESA at Naivas Supermarkets Ms. Okuthe said, “These impressive statistics coupled by the new and more robust M-PESA technology platform launched in April, and other recent developments that have enabled the seamless transfer of funds from bank accounts to mobile are among the advances that will grow the cashless transaction space in Kenya.”

Safaricom Business has in the past partnered with Uchumi and Tuskys supermarkets, as well as petrol stations in major towns to allow customers the option of making mobile payments for their purchases.

The promotion which kicks off on today will see 204 customers who using Lipa Na M-PESA in the entire 35 Naivas Supermarket outlets countrywide stand a chance to win household appliances every week, with the grand prize being a 3-bedroomed house valued at Kshs. 13.39 million.

Lipa Na M-PESA was launched in 2013 to enable M-PESA customers pay for their bills at different outlets and accounts for Kshs. 13 billion in annual transaction value. Currently, there are more than 49,000 active tills, and nearly 1 million customers who use Lipa Na M-PESA every day.

It has a dual benefit for businesses as it cuts down the cash-handling costs and reduces the risks associated with dealing with cash.

What are some of the challenges of Cybersecurity?