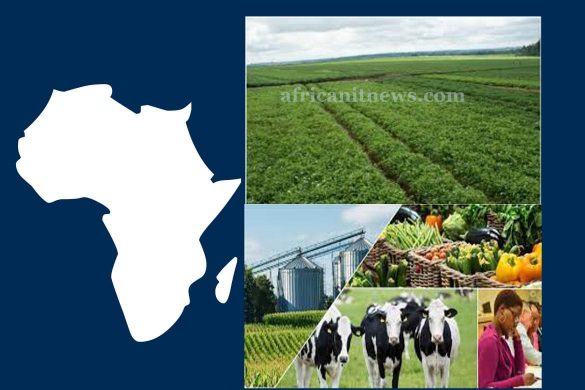 AfDB Commits to Agribusiness in Africa

“The stakes are extremely high: we stakeholders in Africa’s growth and development need to form a common vision on a road map towards agro-industrialization on the continent during this week of the United Nations Food Systems Summit,” said Dr. Beth Dunford, vice president for agriculture, human and social development at the African Development Bank (AfDB).

Participants in the discussion, which included important actors in the African agribusiness sector, agreed that agro-industrialization has the potential to create jobs, increase agricultural productivity, increase wealth, and improve people’s quality of life in Africa.

The importance of agribusiness in Africa has been discussed previously. Roux Wildenboer of Absa emphasized how Africa’s agriculture sector may be strong if certain problems can be solved in July of last year.

Furthermore, in December of last year, the World Bank announced a program to assist Africa’s agriculture industry in adapting to climate change.

These promises and conversations are crucial because, according to Ahmed Bennis, Secretary-General of the Africa Economic Zones Organisation, “the value of the agricultural industry is estimated to reach USD 1 trillion by 2030.”

“Those of us in the economic zones sector will engage closely with the African Development Bank initiative on this enormous opportunity,” Bennis continued.

SAPZs are useful for concentrating agricultural business processing activities in areas with a lot of potential for agriculture.

“At the AfDB, we believe that turnkey projects, such as special agro-industrial processing zones, are critical to development,” Dunford added. They connect the ecosystem in regional value chains and major commodities, bringing together production, post-harvest, logistics, and processing to feed Africa’s booming cities and export to the rest of the world in a sustainable, green, and cost-effective manner.”

AfDB Commits to Agribusiness – In a Nutshell

It should now be clear that AfDB has committed to Agribusiness at its inaugural meeting. The African Development Bank’s Special Agro-Industrial Processing Zones (SAPZ) initiative was held at a meeting yesterday. The meeting’s attendees pledged to work together to accelerate Africa’s economic transition by accelerating the establishment of SAPZs.

Gender Equality in Ecommerce in Africa, An Introduction