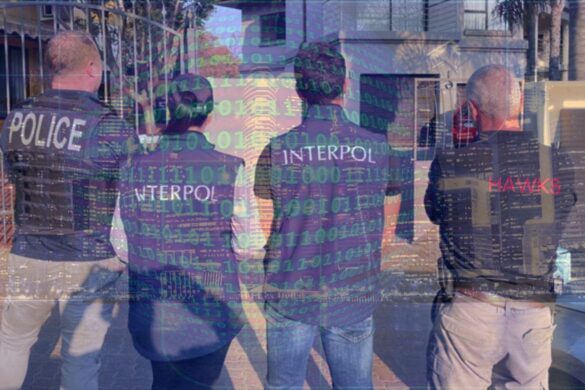 In a concerted international operation against the Black Axe organized cybercrime gang, the International Criminal Police Organization, or Interpol, has announced the detention of 75 people. To know more about the topic “INTERPOL Dismantles “Black Axe” Cybercrime Organization”, read on..!

The agency claimed that “‘Black Axe’ and other West African organized crime groups have established transatlantic networks, scamming victims of millions of dollars while allocating their gains to opulent lifestyles and other criminal operations, from drug trafficking to sexual exploitation.”

Two of the alleged online con artists are thought to have staged a number of fraudulent operations that brought in $1.8 million from victims and were apprehended late last month in South Africa.

The investigation also resulted in the search of 49 properties, which led to the confiscation of 12,000 SIM cards and other high-end items like a house, three cars, and tens of thousands of dollars in cash. Additionally, it stopped €1.2 million from reaching the suspects’ accounts.

According to Interpol’s Stephen Kavanagh, “illicit financial funds are the lifeblood of transnational organized crime, and we have seen how organisations like Black Axe will channel money earned from online financial scams into other crime areas, such as drugs and human trafficking.”

TOP PRIORITY: ITU in Collaboration For Rural Connectivity in Nigeria

What is Credential Exposure and What Steps can...

AfCFTA: The Role of ICT in African Continental...