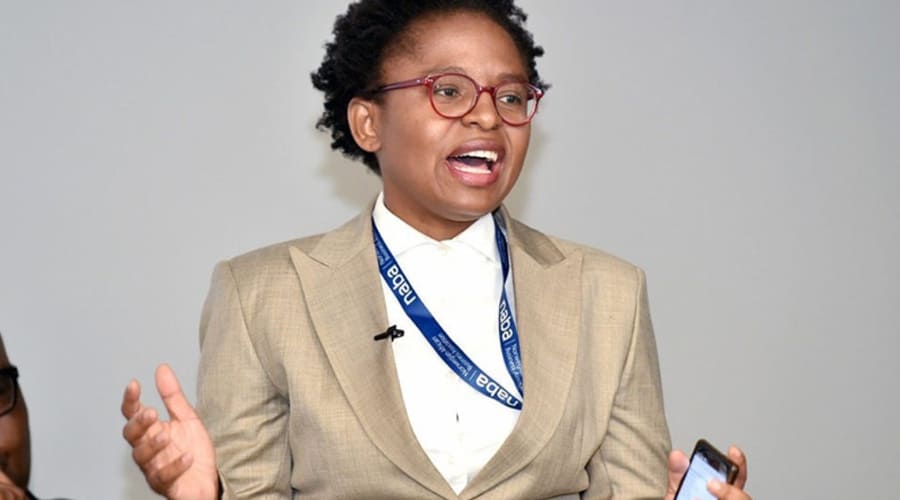 Khumbudzo Ntshavheni has been named Minister of Communications and Digital Technology, with Philly Mapulane as her deputy.

The new minister has an MBA from Bradford University in the United Kingdom, as well as two BA(Hons) degrees in development studies and labor relations from the University of Johannesburg.

According to her official profile, Ntshavheni has “significant job experience” in strategic management, IT, change management, and communication and marketing. According to the Presidency, she was a strong political activist throughout her childhood, and she pushed President Nelson Mandela to set the voting age for South Africa at 16 years during the CODESA negotiations.

Following the death of minister Jackson Mthembu earlier this year, Ntshavheni had been functioning as an interim minister in the presidency.

Mapulane, the new deputy minister of communications, had previously chaired the Portfolio Committee on Environment Affairs. He was the municipal manager of the Madibeng local municipality in Brits, North West province, from 2007 until 2009.

From 2010 until 2014, he served as Treasurer of the ANC Provincial Executive Committee and MEC for the North West Provincial Legislature.

He has been a member of the South African Parliament since 2014.

Why are Security Agencies not Using NIN...

Advancing the Development of Telecoms