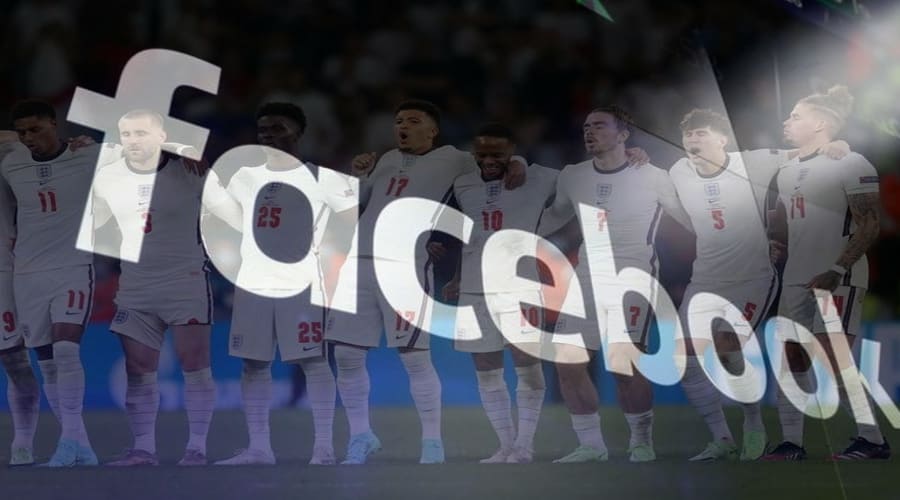 It has been reported by Ryan Mar and Tariq Panja that that racist remarks directed against English football players are expected to persist, according to Facebook executives.

In May of this year (2021), the writers reported, Facebook invited the English football governing bodies to its Regent’s Park headquarters in London, in order to deliberate on what to do about the escalating racial harassment of Black soccer players on social media.

It is reported that according to two people familiar with the conversation, Facebook gave representatives from four of England’s major soccer organizations — the Football Association, the Premier League, the English Football League, and the Professional Footballers’ Association — what they perceived to be a pass at the meeting.

Executives from Facebook told the gathering that they were dealing with a number of issues, including terrorism and child sex abuse content.

A few months later, Facebook gave football reps an athlete safety guide, which included instructions on how to use Facebook’s capabilities to protect themselves from discrimination. The message was clear: it was the athletes’ and clubs’ responsibility to safeguard themselves online.

The encounters marked the start of a two-year effort by English football to compel Facebook and other social media companies to curb online hate speech directed at their players. Since then, the football authorities have met with the platform owners several times, published an open letter appealing for reform, and orchestrated social media boycotts. Employees at Facebook have joined the protest, demanding that the company do more to halt the harassment.

It is reported that the pressure mounted after three of England’s Black players were exposed to a barrage of racial epithets on social media after missing penalty kicks in the final game’s deciding shootout last month.

Prince William is said to have decried the hate, and British Prime Minister Boris Johnson threatened companies that continued to tolerate racist comments with regulation and sanctions. The event was elevated to a “Site Event 1” within Facebook, which is the equivalent of a company-wide five-alarm fire alert.

However, as the English Premier League kicks off its season on Friday, football officials claim that social media corporations, particularly Facebook, have not taken the matter seriously enough, and that players are once again bracing themselves for online abuse.

“Football is a growing global market that includes clubs, brands, sponsors, and fans who are all tired of the tech giants’ obvious lack of desire to develop in-platform solutions for the issues we deal with on a daily basis,” said Simone Pound, the players’ union’s head of equality, diversity, and inclusion.

The English football standoff is another example of Facebook’s failure to address hate speech issues on its platform, despite being made aware of the extent of abuse. While Facebook has implemented certain anti-harassment safeguards, football officials believe they are insufficient.

According to Sanjay Bhandari, chair of Kick It Out, an organization that promotes football equality, social media firms aren’t doing enough “because the pain hasn’t become enough for them.”

This season, Facebook is giving it another shot. According to an internal document obtained by The New York Times, the company’s Instagram photo-sharing app is set to launch new features on Wednesday that will make it more difficult to view racist content. One of these will allow users to block potentially hostile comments and messages from accounts that they don’t follow or have recently followed.

In a statement, Karina Newton, Instagram’s global head of public policy, stated, “the unpleasant reality is that fighting racism on social media, just like tackling racism in life, is complex.”

Some gamers appear to be used to it. Bukayo Saka, 19, one of the Black players who missed a penalty for England in the European Championship final, wrote on Twitter and Instagram four days later that the “powerful platforms are not doing enough to stop these messages” and that it was a “sad reality.”

At the same time, Facebook employees continued to report abusive comments on Saka’s postings to their bosses in an attempt to have them removed. According to the automated moderation system, the one that was reported — an Instagram comment that stated, “Bro stay in Africa” — did not appear to violate the platform’s guidelines. It stayed up.

How to Send Messages on Whatsapp Without Typing

How to Send Messages on Whatsapp Without...